The work was completed in May, 1967 but was begun over four years earlier. Two composers conceived, wrote and executed the work, their talents being inextricably bound together in its composition. In 1963, Tod Dockstader composed a set of taped sounds which he called “cells.” They were both natural sounds (those that move the air, e.g. bells, wind, voice, etc.) and electronically generated sounds (modulation that goes directly to tape, as from oscillators, recording circuitry, etc.). James Reichert then familiarised himself with the cells, and composed a series of instrumental parts which were based upon the sound intentions of Dockstader’s cells. But they could not proceed any further without recording the instrumental parts. Three years and many foundations later, the recording of these “inparts” was commissioned by Owl Records.

The session took place in March 1966 at the Gotham Recording Corporation studios in New York City. After the orchestral recording, those inparts originally composed for the purpose were transmuted through the facilities of the independent Electronic Music Center at Trumansburg, New York, using R.A.Moog music processing equipment. Specifically, this transmutation meant changing the sound of the inparts by expanding or compressing instrumental ranges and dynamics, and by adding to, or reducing, the natural harmonics of the instrumental sounds. Now, Omniphony consisted of over 100,000 feet of tape, all of which was then edited and organised into four classifications: pure instrumental sounds, electronically transmuted instrumental sounds, natural sounds, and pure electronically generated sounds.

Next came the mixing of these sounds, and again the facilities of the Gotham Recording Corporation were used. This last phase was the most important of all because it would be then, and only then, that Dockstader and Reichert would know if their adventurous concepts would materialise into a valid musical work of major proportions, or just an experimental curiosity for hi-fi buffs. A year later they finished the re-composition. This recording of Omniphony is the premiere and only performance of their work. 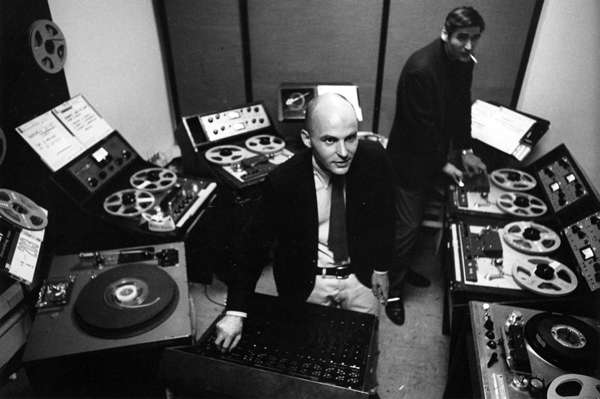 James Reichert was born in Toledo, Ohio in 1932. He attended Oberlin Conservatory where he studied composition with Joseph Wood. He then received his Master’s degree from the Eastman School of Music where he studied composition with Bernard Rogers. Resisting a natural inclination to teach music, he instead came to New York City to make his way as a composer. After a short stint in the famous CBS mailroom, he became a director of background music for CBS television.

In the next three years, he supervised the music on hundreds of TV shows including The Play of the Week, Dupont Show of the Month, Camera Three and Twentieth Century. In 1960, he joined the Gotham Recording Corporation as a producer and music director. It was there that he became familiar with the more technical aspects of audio engineering, and also where he and Tod Dockstader met and began their collaboration on Omniphony.

Reissue with a stereo version of Study No. 7 of the Eight Electronic Pieces and Past Prelude.